Well I’m just about at my wits end with the chicken bullying going on. Most likely, I’m not as fed up as poor Piper is though. I’ve tried making her armor which really helped her body from getting pecked at, but did little for her poor head and neck. She is now less fluffy and cute as a result. This is how she should look… 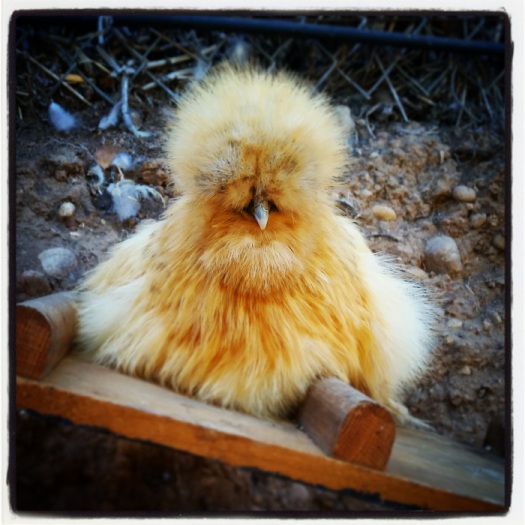 Quite the difference isn’t it? Well, I’ve decided to do what I should have done months ago. I’m going to get her away from the big brutes so she can regrow her feathers and get some much needed rest. This will of course mean I need to get another silkie hen to keep her company. In the meantime, I need to design and build a second chicken coop. This one will be much smaller than the first one I built. Here’s how far I’ve gotten with the sketch today… 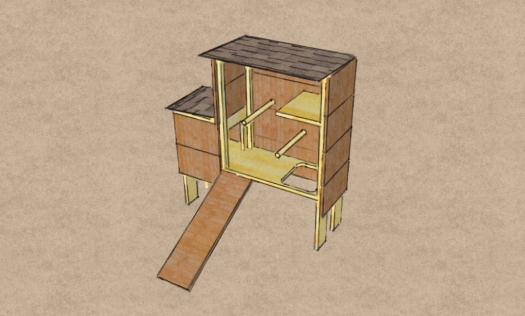 The ladder will hinge up to close off that section and there’s a door I removed so you can see the inside. I’m still working out how best to allow her access to the bottom floor which will be in the grass so she can scratch and peck during the day. When I’m home I’ll let her have the run of the entire backyard as she doesn’t do much damage at all.

I’ll post more as I build it so you can see the final product. It’ll be small, but she’ll love the peace and quiet for sure!!

Here’s as far as I got last night. Everything appears to be functioning well in my 3D program, so tonight I will begin construction! 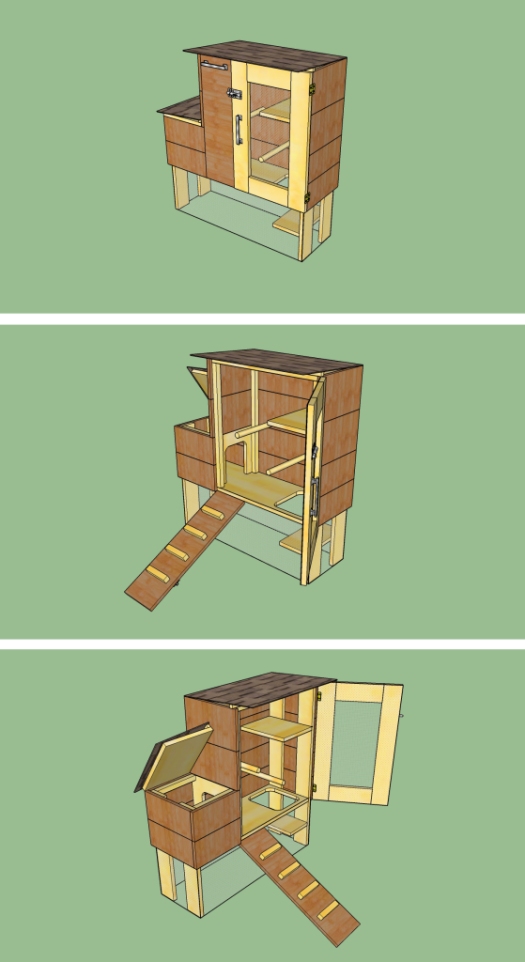 In other news, my passion fruit vine is in full swing these days. I originally planted it for a privacy fence but now I just can’t get enough of the fruit it puts out! Here’s what I gathered over a few days. Just about 1/10th of this years harvest so far. 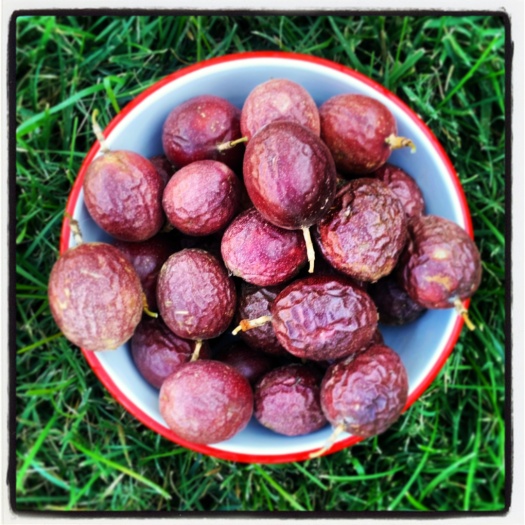 And there’s plenty more ripening on the vine as I write! Very excited to be reaping this harvest!

And also as a follow up on the willow water post from the other day I’ve decided to begin a little experiment to determine exactly how effective this home made witches brew is as a rooting hormone. I have two pathos cuttings from the same host with the same nodes as well as size and health. One has the willow water mixture and the other is just tap water. 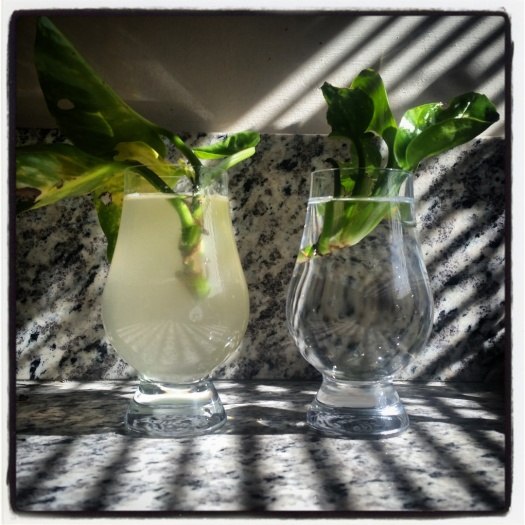 I will be monitoring their progress and taking weekly photos to compare the root growth. More to come on this experiment.

Well, that’s it for now. I hope you all had a great labor day weekend! I’ll keep you posted on the Piper drama as it unfolds!

I’ve found that this is a question I’m often asked when I tell people that I raise backyard chickens. How much does it cost in dollars as well as time? So I decided to start taking notes of all my expenditure, the time that I spend on tending my flock as well as what I’m getting out of having backyard chickens. I always figured I kinda broke even, but I was surprised to discover that I actual turn a handsome profit for my labor of love. END_OF_DOCUMENT_TOKEN_TO_BE_REPLACED